My dad’s birthday is in about a month and I wanted to create his favorite cake…Carrot cake. I gotta say it’s one of my favorites too, along with double chocolate cake…I have a slight obsession with chocolate.

This carrot cake is everything you can ask for moist, but still fluffy. Sweet, but not overly sweet (not like that artificial junk). It is also 100% vegan, so you don’t need to feel overly guilty about eating a slice. 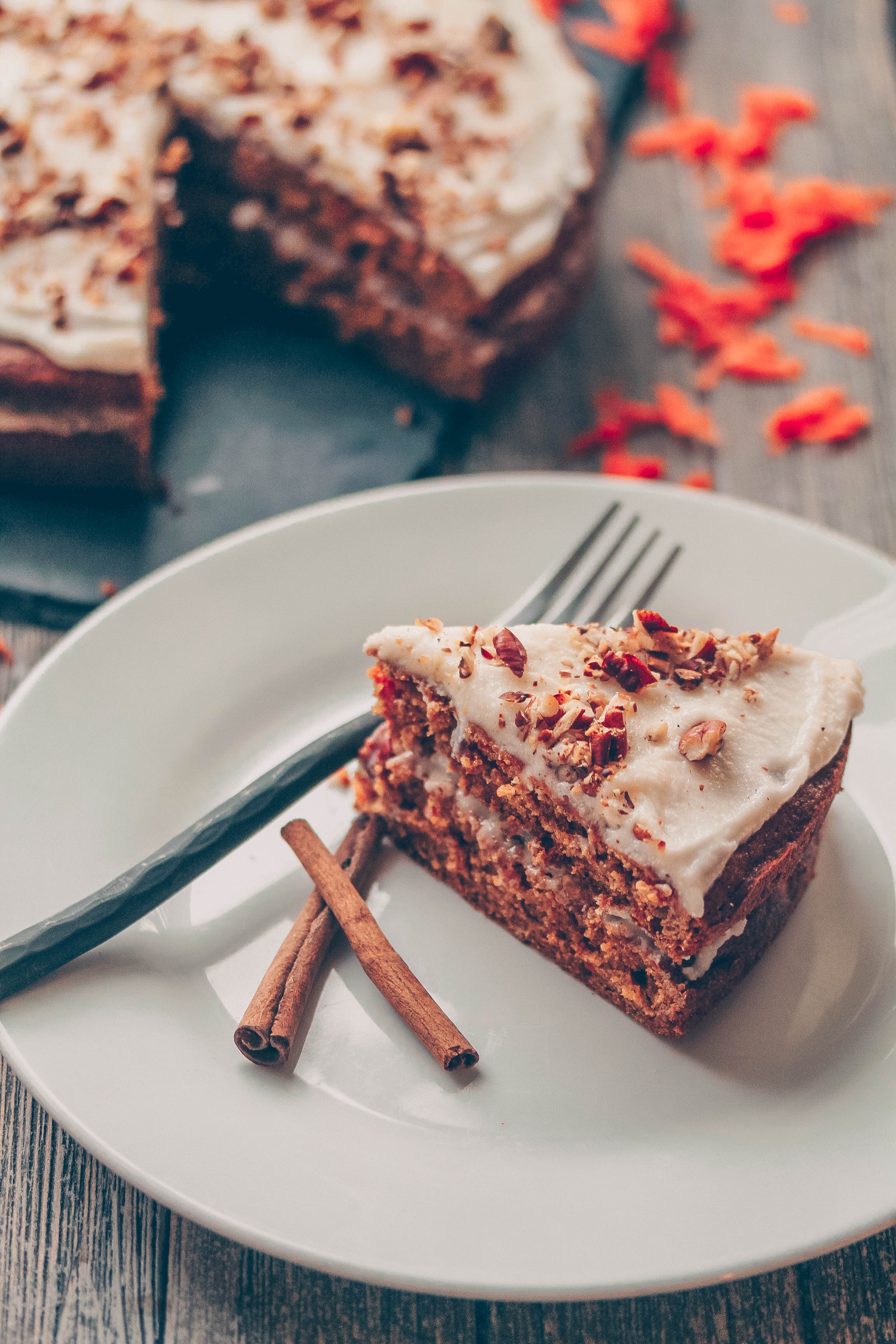 I added a touch of freshly grated ginger, and it added such a great subtly spicy flavor. It isn’t overpowering, but it is just enough to balance out the sweetness of the frosting and sugar in the batter.

I highly recommend to toast some pecans, chop them up, and sprinkle them over the buttercream layers. The crunch is too die for and toasted nuts just overall give desserts such a nice flavor. 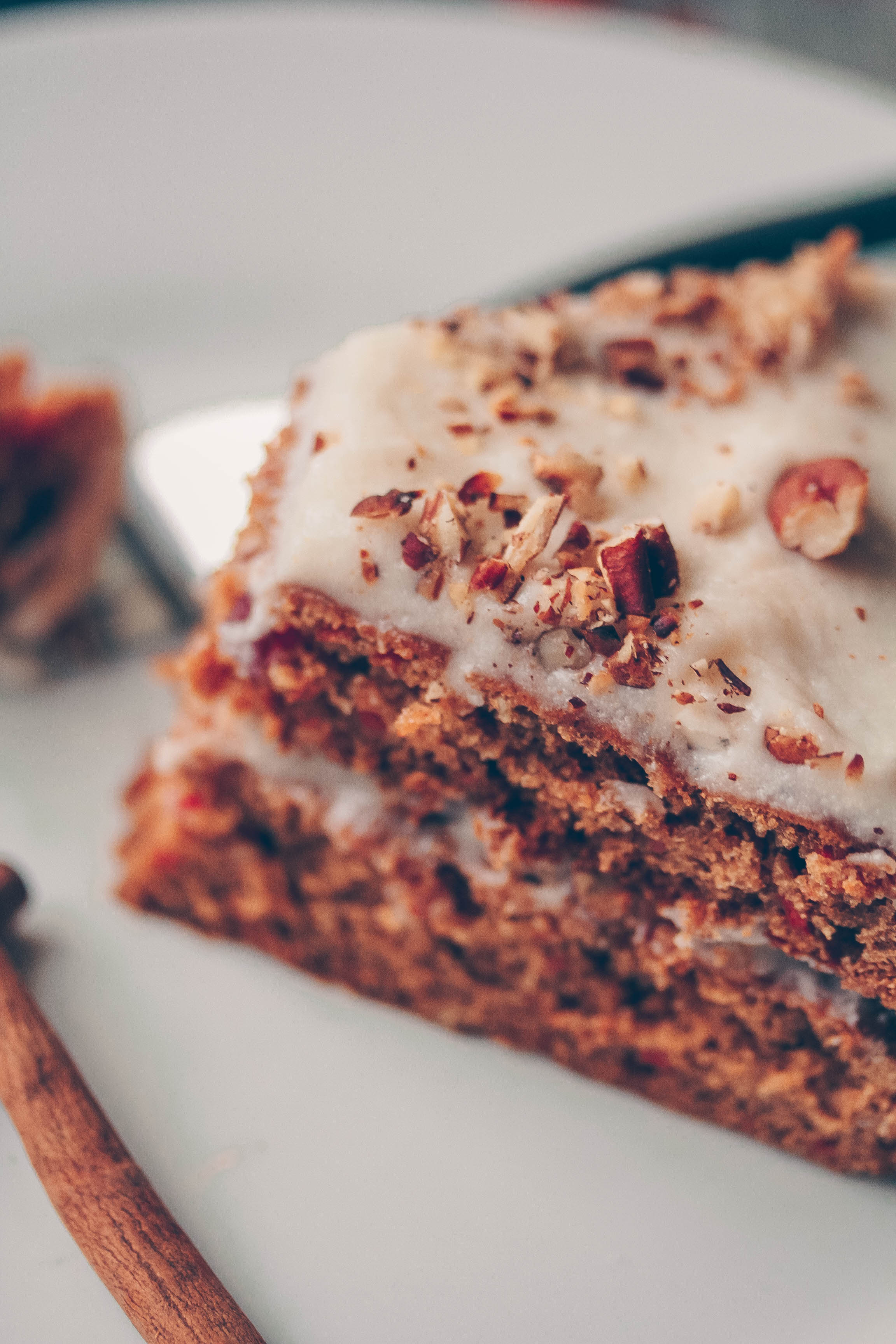