Give me some noodles and I’ll use them up right away. They are so versatile as they can be dressed in numerous sauces from Thai curry sauce to Asian-inspired dressings. Throw on your favorite veggies and you got yourself a damn delicious meal!

Some thick Asian noodles tossed in a bit of rice vinegar, topped with seared oyster mushrooms, and sauteed veggies. All dressed in an uber creamy tahini sesame dressing. I am all over this! 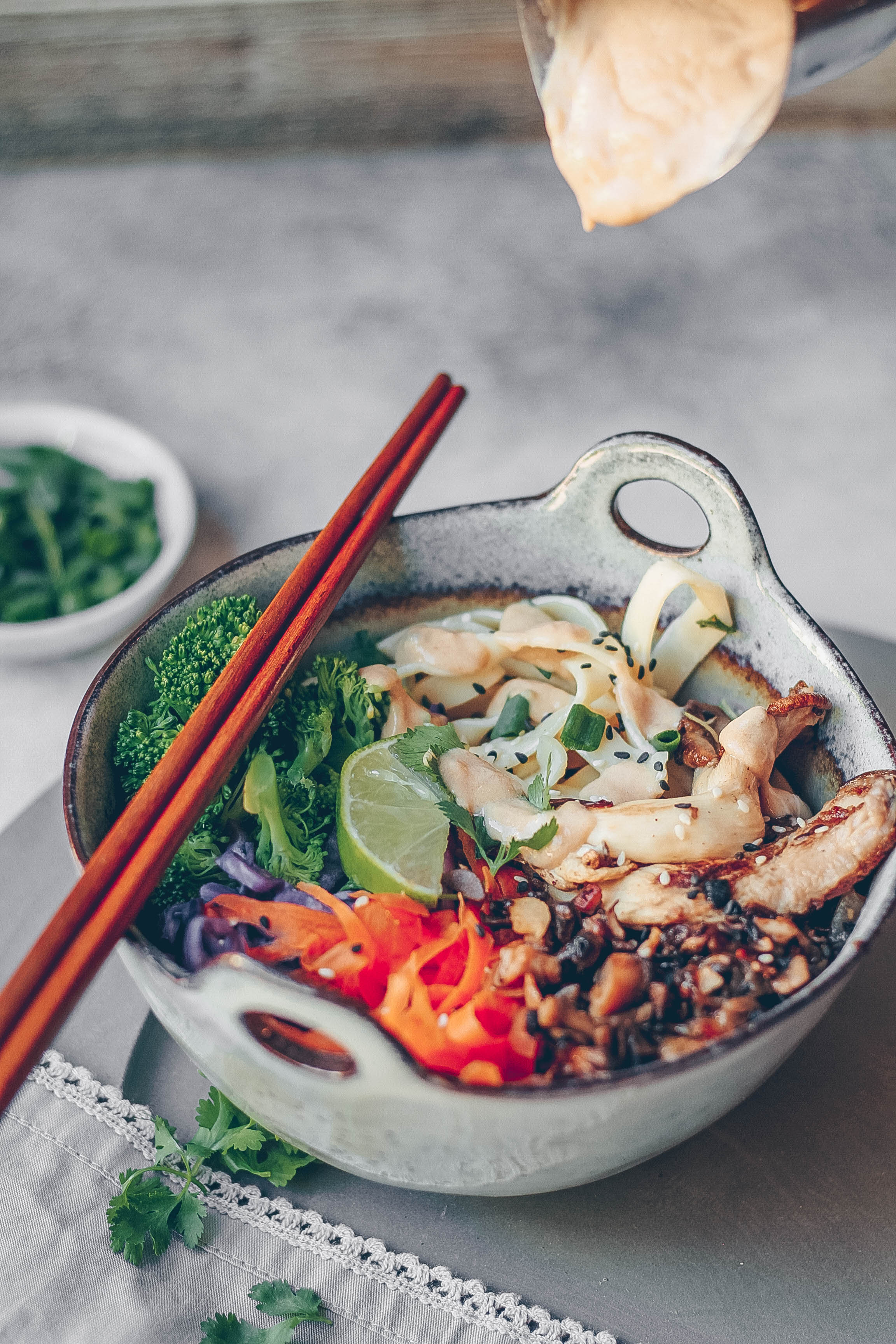 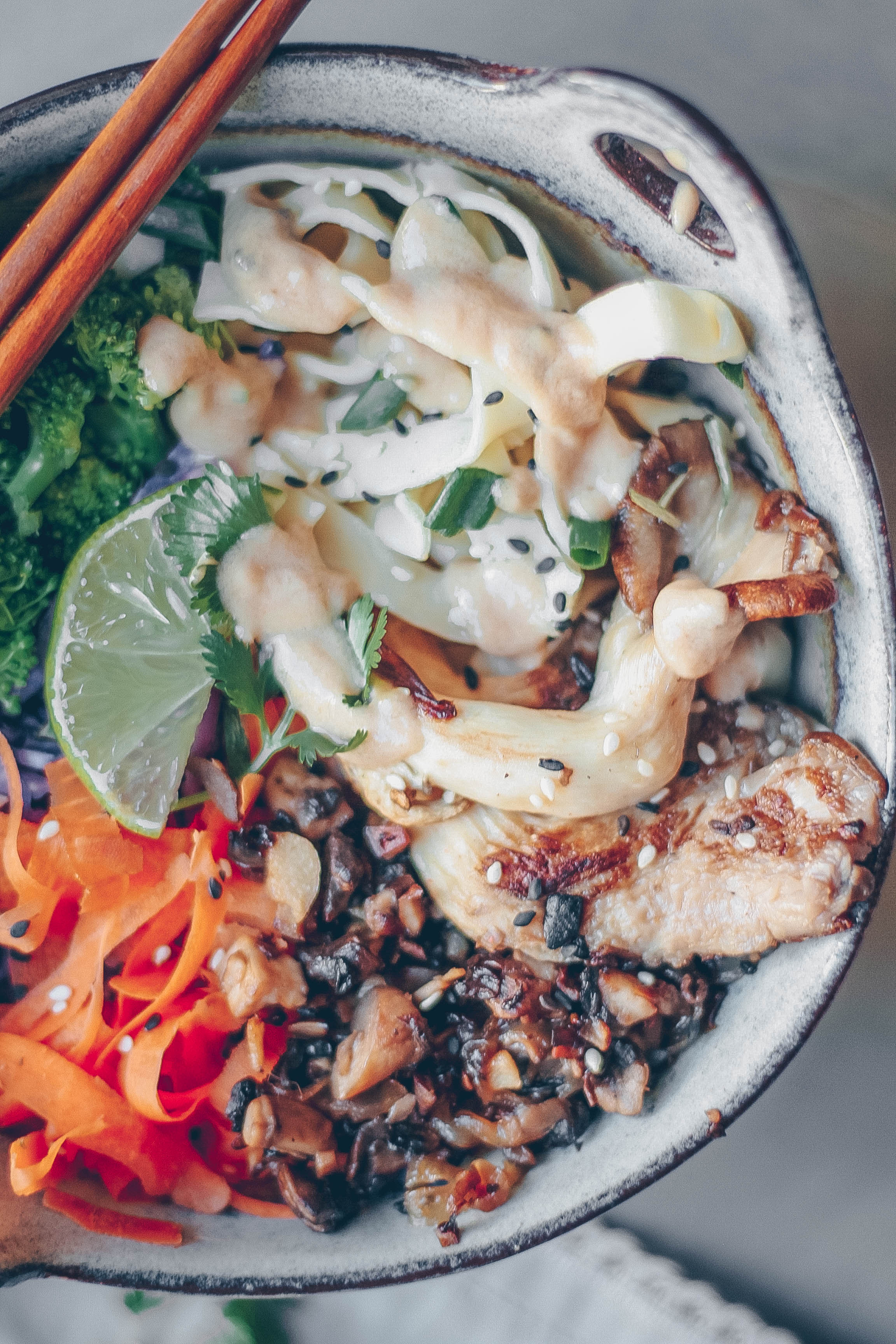 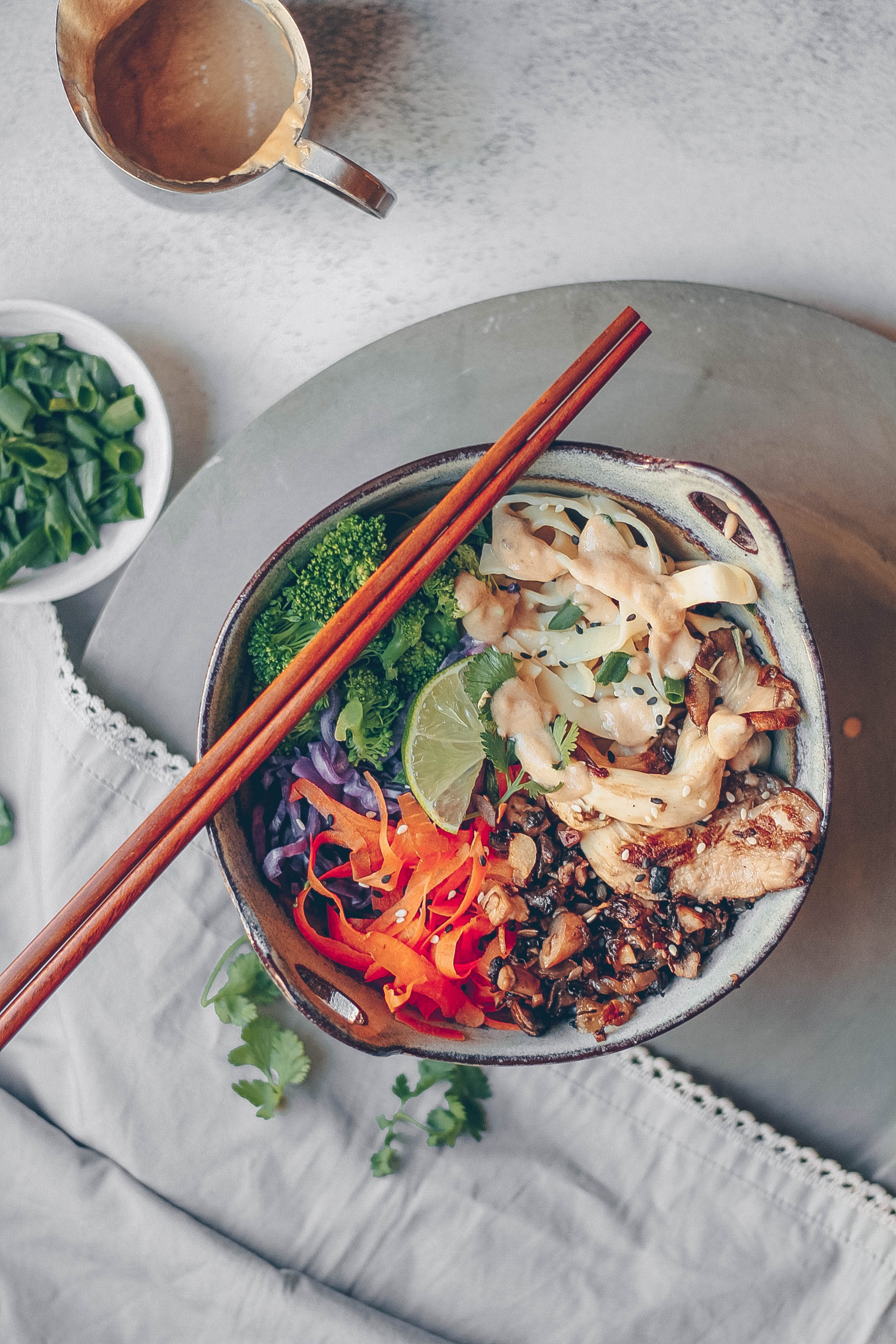