Want a guilt-free dessert that is perfect to pair with vanilla ice cream, or healthy coconut whipped cream? Then this is for you!

Cinnamon spiced stewed pears, fresh blueberries, and a whole grain crust with a touch of sweetness can be perfectly enjoyed as a dessert with no feeling of guilt.

This recipe can totally be made with all-purpose unbleached flour, as many people don’t like the taste of whole creat crusts. That is perfectly fine, and from my personal experience, I might not always want the healthiest version. Just swap out equal parts whole wheat. 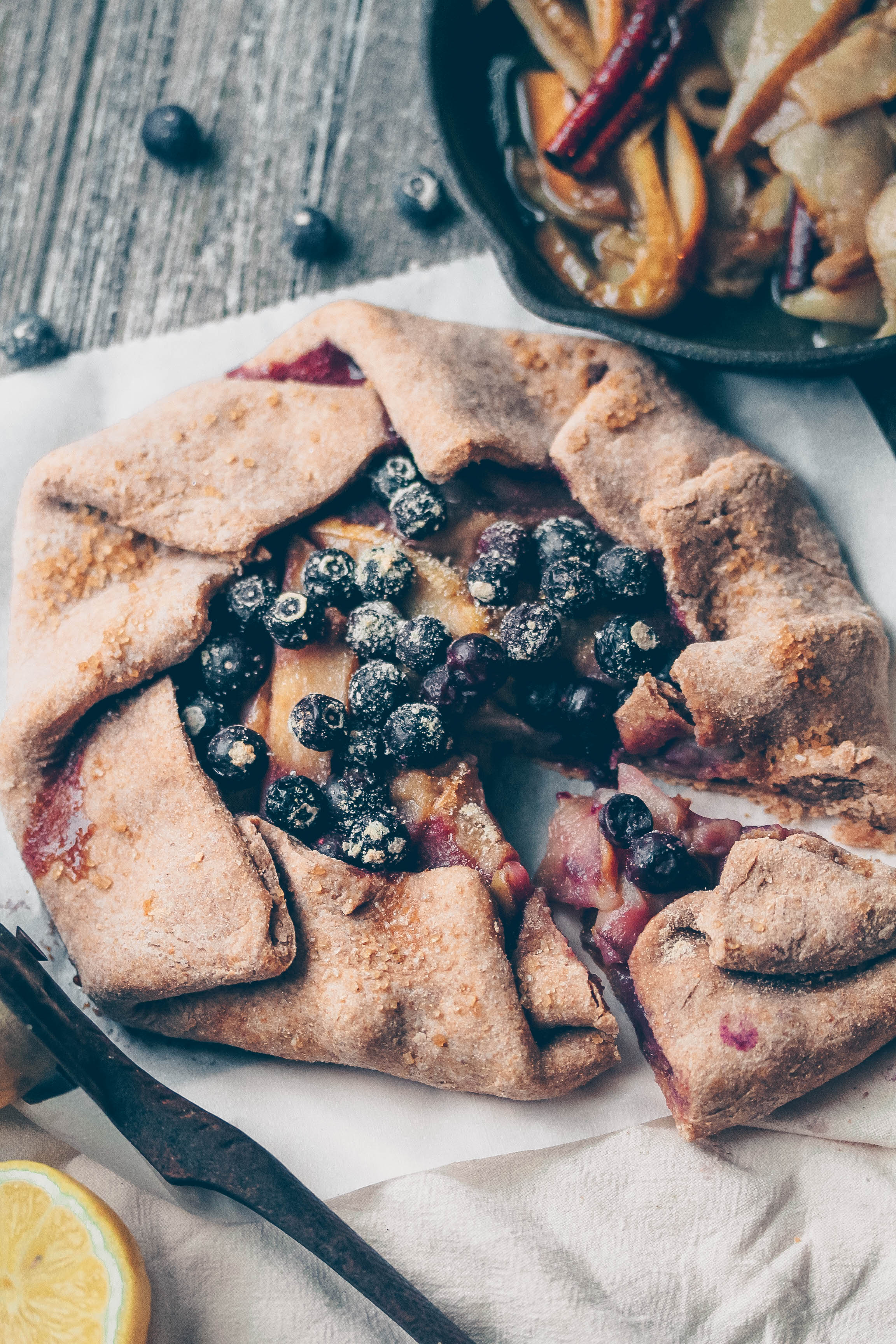 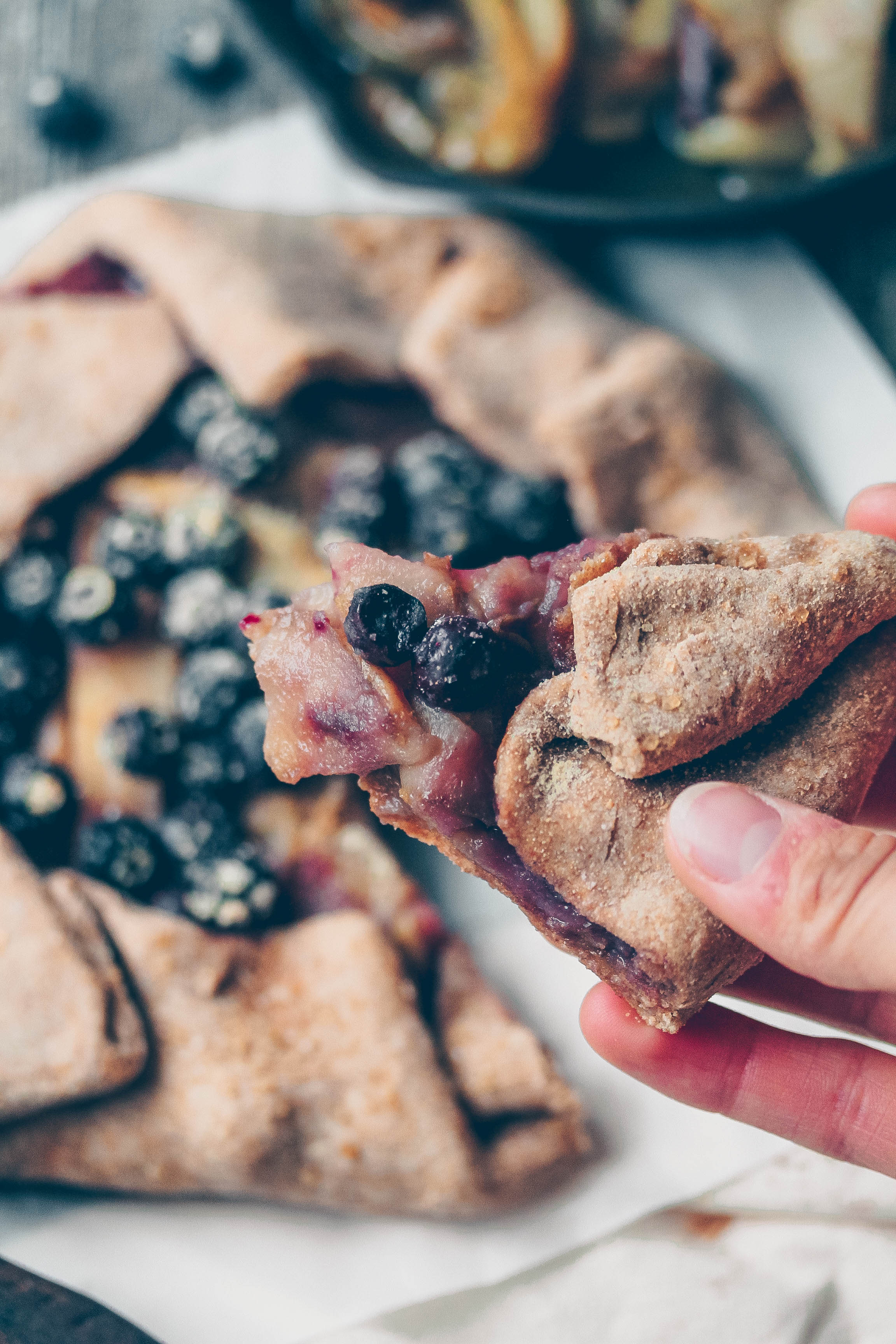 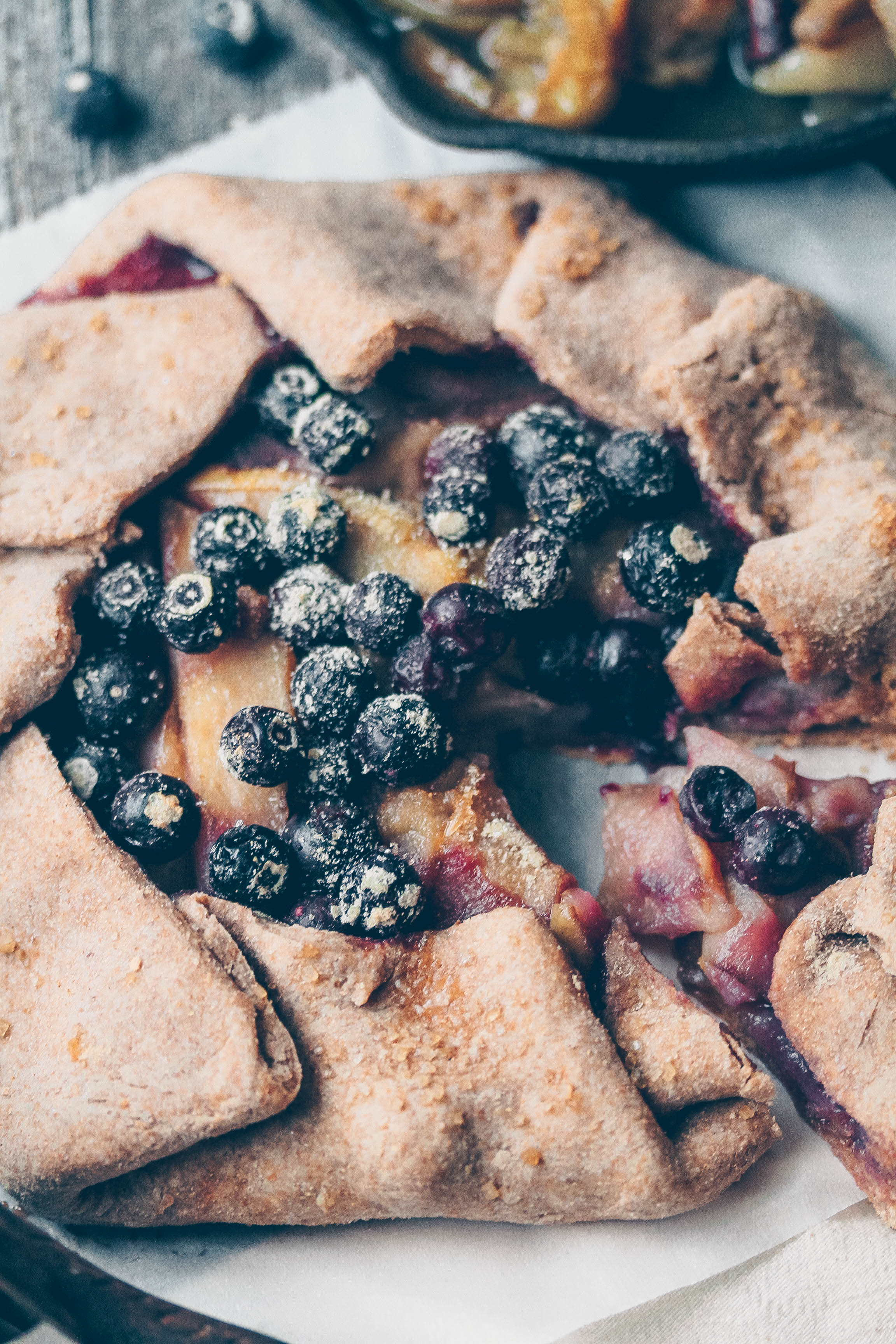 *You will have leftover pear mixture! I recommend using it in a baked oatmeal recipe, using it to fill small hand pies (I have a recipe for them that you can modify) or top on ice cream!